(604) 779-9193 info@vancouveryachtcharters.com
Gallery
Send Us An Enquiry
Save To Wish List

When you book with an account, you will be able to track your payment status, track the confirmation and you can also rate the tour after you finished the tour.
Sign Up
6212

Why Book With Us?

Do not hesitage to give us a call. We are an expert team and we are happy to talk to you.

Everything about your existence becomes illuminated when there is something high up above, sending sparks of hope and beauty all over the world. If you have ever watched fireworks on a dinner cruise Vancouver, you will know what this means. If you haven’t; watch the Celebration of Lights, team Canada and fireworks finale choreographed to music while enjoying a luxurious cruise in stunning English Bay. Vancouver Yacht Charters is undoubtedly the finest yachts rental service that hosts amazing cruises for this unforgettable event that is written down golden as the largest fireworks display in the planet.

You will be more than lucky to be there when it happens!

Our company is one of the pioneers in the cruising industry in Vancouver, keen on offering you affordable yachts rental services for the most memorable and exciting occasions of your life. Our yachts rental Vancouver has been here since the year 1990, and we are now a leading dinner cruise rental company with a strong customer base and a talented staff working permanently for us. 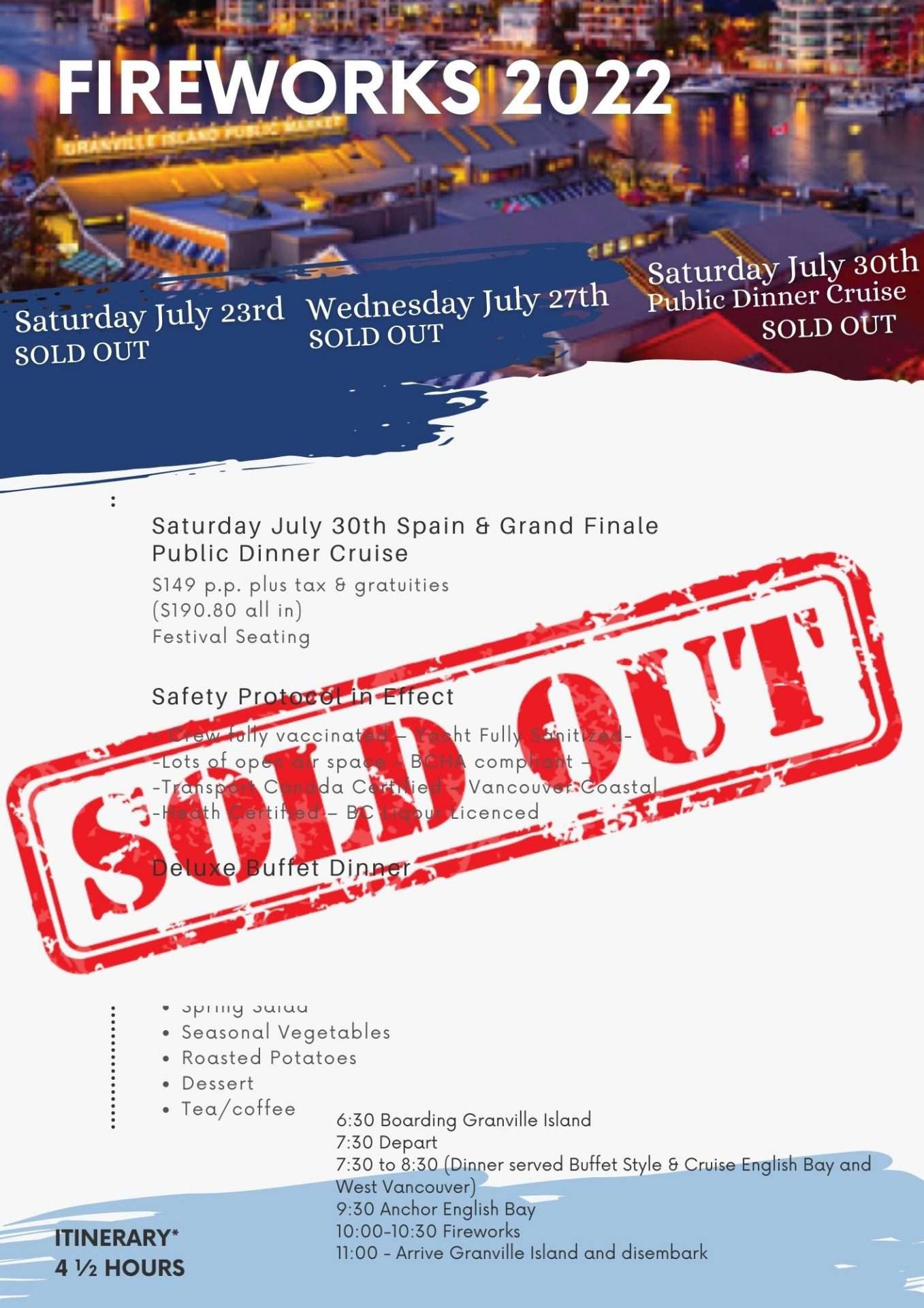 Vancouver visitors will once again be dazzled by a world-renowned fireworks competition this summer.

Honda’s Celebration of Light hasn’t run since 2019 because of the pandemic, but in July it will return to Vancouver’s English Bay to mark its 30th year of lighting up the sky.

On the roster are teams from Canada, Japan and Spain.

The competition will kick off on July 23 with Japan’s team, Akariya Fireworks. They took home first prize in 2014 and 2017.

Next up will be Canada’s team, Midnight Sun Fireworks, on July 27. They’re a volunteer group of pyrotechnics from the Yukon passionate about creating unique displays and showing off their soundtrack music.

On the final night, July 30, Spain’s team Pirotecnia Zaragozana will take the stage. Founded in 1860 in Zaragoza, Spain, the group has a long history of both manufacturing and displaying fireworks. They’re well-known in the country as competition winners.

Each night will begin with a Red Bull Air Show performance, with an additional formation flyover by the Canadian Snowbirds on July 27. The firework displays will then kick off at 10 p.m.

The winner will be announced on Aug. 2.

Give you a break from your hectic life, and replace its conundrum with a thrilling adventure of fireworks. Our Vancouver cruise rental service maintains classy, family run composure and only carries a limited number of passengers at a time.

Vancouver Yacht Charters has been around for over thirty years now, and we have only gotten better day by day. Cruise rental Vancouver with us can not only give you the pleasure of setting sail, but also the guarantee of coming back safe. As a business that is focused on entertainment, safety and uniqueness – Vancouver Yacht Charters gives you an experience you will get from nowhere else.

Our Vancouver fireworks dinner cruises are decked conveniently and have an open-air seating system, which allows everyone an equally generous view of the breathtaking fireworks crackling above. It is definitely a delight to be with the trained professionals of our yacht rentals in Vancouver, who will work remarkably well to make you comfortable. The fireworks dinner cruises Vancouver offered by us are customizable with special dishes that will be cooked fresh onboard by our star-rated chef. Gaze up and enjoy the view, while you enjoy the food and music.

Vancouver fireworks cruises with our yachts rental service can promise you a night of good food. When the fireworks rain over you in all its glory, our Vancouver cruise rental will be preparing the gourmet dish you have been secretly craving to taste. The main dishes will be served while there will also be several side dishes waiting to be tasted by you. The menus at Vancouver Yacht Charters can be personalized to suit your preference.

Give you a guarantee of great quality and value. – Our yachts rental Vancouver will polarize your preferences of food and drinks, as well as give you the best seat to watch fireworks from.

Ensure the lowest price rates for watching fireworks – As organizers of exciting fireworks cruises Vancouver, our yachts rental service can make sure you get even more than what you pay.

Offer the best view of the night from the dazzling waters of the English Bay, right in the perfect spot to see the fireworks. The elegance of the moment will be magnified by the luxury you will get to experience inside our Vancouver fireworks cruises.

Be the best gift you can give to the ones who are closest to your heart. Give them the chance to get onboard with one of the greatest fireworks yachts Vancouver, and be remembered as the coolest gift-giver.

Give you a break from your hectic life, and replace its conundrum with a thrilling adventure of fireworks. Our Vancouver cruise rental service maintains classy, family run composure and only carries a limited number of passengers at a time.

To know more about our cruise rental Vancouver or about the exciting fireworks cruises we organize – simply contact us. One of the professionals in our yachts rental Vancouver will get back to you with a detailed description of prices and offers! We are excited to accompany you in the loveliest journey you will ever get to go in life. Let the show begin! 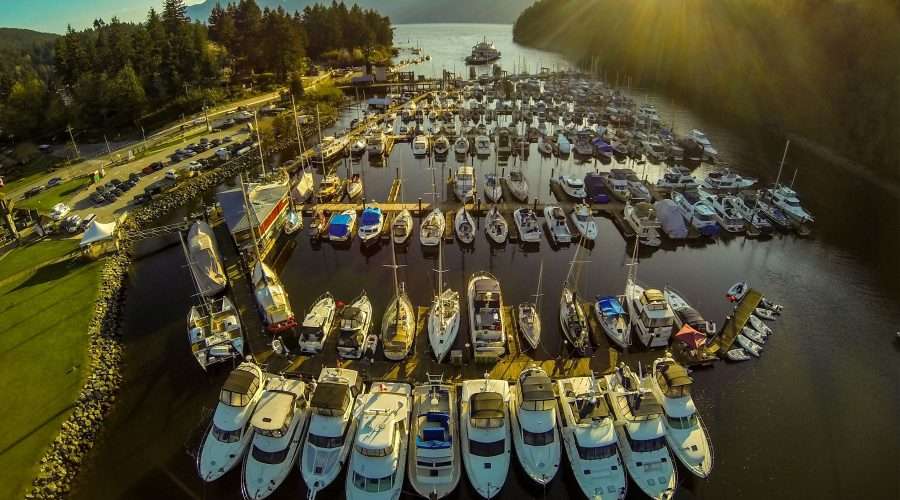 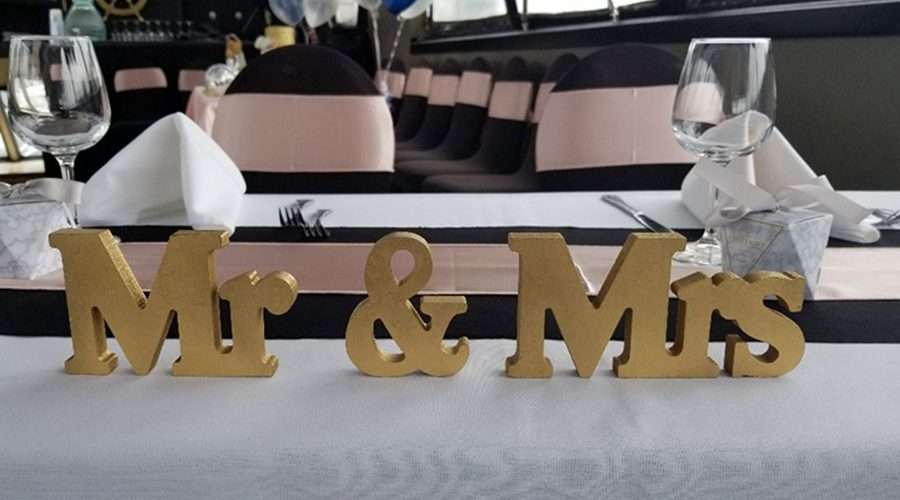